Overcast conditions for most of the week with a strong easterly wind made fishing tricky at times.

Kingfisher’s carp were being a little difficult to catch this week despite them feeding hard at times. Still over 25 fish were caught to just over 14lbs. Small beds of Mainline Banoffee boilies produced some beautiful fish.

Kitchen Lake has produced some quality tench fishing this week with fish to over 3lbs coming out to float fished maggots. The carp were also obliging with the best fish being taken off the surface on mixers to just under 12lbs.

Jenny Wren has had a load of weed removed this week and the disturbance has put the fish on the feed with 50 plus tench coming out to over 4lbs. Float fished worm and maggots over hempseed has been working well.

The carp in Blackbird Lake are still feeding heavy but didn’t get fished much this week. Still 15 fish came out to just over 13lbs. Beds of pellets in the margins has been producing some lovely fish.

Nuthatch has produced some quality roach and tench recently with a few large bream to over 3lbs. Float fished paste and maggots producing the better fish.

Woodpecker Lake continues to chuck up some quality roach and tench. Float fished sweetcorn over hempseed being the best method.

Sunny most of the week with the odd overcast day and warm winds has improved the fishing this week.

Kingfisher continues to produce some quality fish with plenty of double to 15lb plus coming out. Still small quantities of boilies and pellets doing the business fished close to the margins.

Kitchen has produced some beautiful roach and skimmers this week as well as plenty of carp to just over 10lbs. Float fished corn and maggots being the favourite methods.

Jenny Wren’s tench have been blowing hot and cold with certain parts of the day fishing well and others looking like the lake is devoid of fish. Plenty of 2lb plus fish coming to float fished worm and maggots fished over 2mm pellets.

Blackbird Lake’s carp are still feeding well with plenty of mid to high singles coming out to small beds of pellets fished tight in the margins.

Nuthatch Lake’s bream have been coming out this week with fish to over 4lbs. Still some quality roach and a few crucians pushing a pound. Corn and maggots doing well at the moment.

Woodpecker has produced some lovely tench this week with the odd decent perch to over a pound. Float fished worm over hemp seems to be the favoured method.

Sunshine all week but with a strong easterly wind at times making fishing changeable at times.

Kingfisher Lake has produced its first 20 pounder of the season with a 21lb fully scaled mirror gracing the bank. 30 plus doubles also came out between 10lb to 14lbs. Mainline boilies fished over hemp and 4mm pellets catching most of the fish.

Kitchen Lake has produced some lovely roach and bream this week to just over a pound. Float fished bread and corn doing well. The carp continue to feed well on the method feeder.

Jenny Wren’s tench are coming out well with lots of specimens over 3lbs and the best being 5lb 15oz. Float fished maggots over small pole cups of hemp and pellets doing well.

Blackbird Lake’s carp are still feeding well with several doubles out this week to just over 11lbs. Beds of 4 and 6mm pellets with pellet hook baits doing well.

Nuthatch Lake’s crucians and tench are beginning to feed well with crucians over a pound and tench over 2lbs. Float fished meat, pellet paste and caster being the baits of the week.

Woodpecker has again produced some beautiful roach to over 1lb 6oz this week. Maggots being the go-to bait.

Beautiful sunny start to the week with the odd overcast day towards the end.

Kingfisher Lake has fished very well this week with over 40 fish caught, most between 10 to 14lbs with the best being a 16lb 7oz mirror. Small beds of mainline boilies in conjunction with 6mm pellets are doing the business.

Kitchen Lake continues to fish very consistently with plenty of carp to over 10lbs caught on corn and pellet hook baits. The bream, roach and tench are also making regular appearances to float fished maggots.

Jenny Wren’s tench fishing is going from strength to strength with fish to over 5lbs coming out this week. Either float fishing with a pole or waggler is proving successful. Bait wise worm, prawn and maggots over small amounts of 2 and 4mm pellets.

Nuthatch Lake has produced several quality roach, tench and crucians this week with many fish over a pound. Float fished maggots and loose feeding hemp seed has been producing well.

High winds, heavy showers and a few days of sunshine has made fishing with an umbrella a must this week. But it hasn’t stopped the fishing from improving.

Woodpecker Lake has produced a few early season tench this week as well as some nice bream to just over 3lbs. Float and feeder fished maggots and hempseed are doing the business.

Kingfisher’s carp have been gracing the nets of a few anglers this week with 20 fish out this week from 7lbs to 14lb 7oz. Solid pva bags with a mixture of pellets and small mainline hook baits have been producing the vast majority of the fish.

Kitchen Lake continues to fish well this week with plenty of carp and bream coming out to float fished maggots and worm. Little and often with free offerings of hemp seed and pellets seem to keep the fish feeding all day.

Jenny Wren Lake has fished a little slower this week but still a few tench to just under 2lbs coming out. Again small hook baits (maggots, pellets, worm) being successful to both waggler and pole fishing.

Blackbird has fished well this week with over 30 fish out to just over 10lbs, with the average being 8lbs. Small beds of mainline salty squid and banoffee boilies fished with 4mm pellets has produced most of the fish.

There have also been several crucians making an appearance up to just under a pound.

We’d love you to share your catch photos to our social media pages.

Look forward to seeing you soon

Heavy rain at the beginning of the week caused the water temperature to drop over 4 degrees which made the fishing slow to begin with but improved with more settled conditions after Tuesday.

Kingfisher’s carp were still feeding well off the top with some anglers taking up to 6 fish a day on floating bread with the best being 16lbs 2oz. Proving a little tricky on the bottom but still a few bites to small beds of boilies and a scattering of hempseed.

Kitchen lake roach and bream were fishing well on float fished maggots and caster with both species being caught over a pound. The carp were a little slower due to the rain but fish to over 8lbs had been caught on the method feeder.

Jenny Wren’s tench slowed up this week with the best fish being a 4lb 5oz female caught float fishing maggots. One of six fish landed at first light. The crucians are still active with fish from 4oz to a pound coming out close to the lily pads.

Nuthatch Lake fished well this week with most of the species present coming out again to maggots with testing conditions. Bream to 3lbs and perch to over a pound being the best for the week.

Woodpecker Lake’s roach and perch fed well in the colder water conditions with plenty of fish from 6oz to 12oz coming out on chopped worm.

Blackbird’s carp are still active and feeding well with pva bags of pellets and maggots doing the business this week. The best of the fish going 14lb 8oz.

Please feel free to send your catch pictures to our Facebook page.

Look forward to seeing you soon 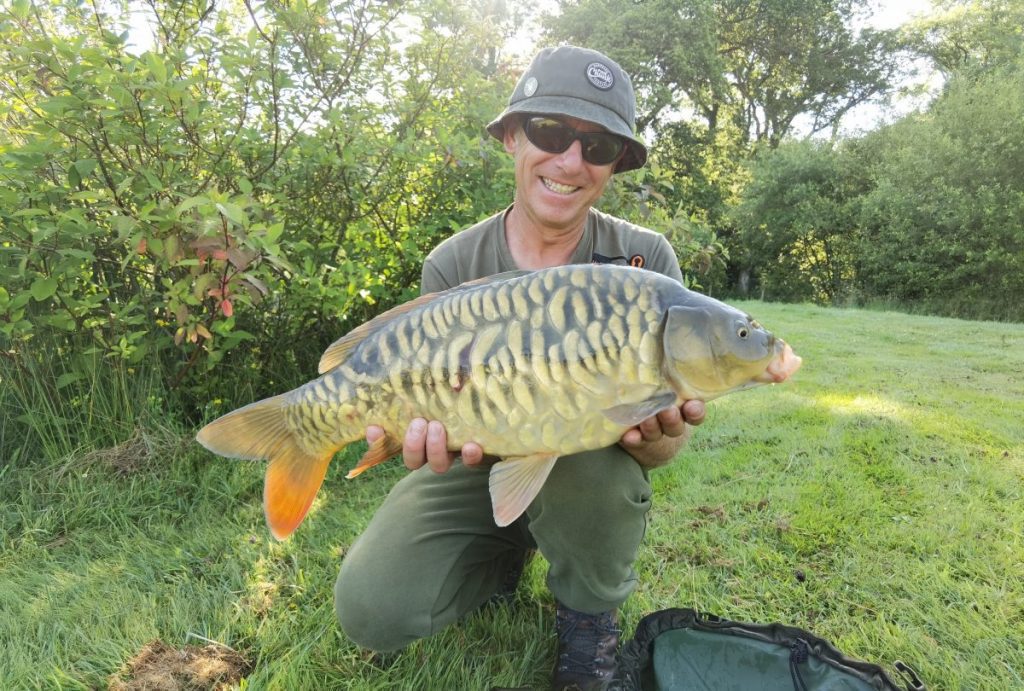